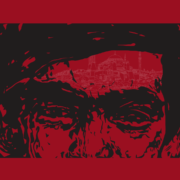 He was barely 15
They say, they used to call him Berkin
It was afternoon, almost 5 o’clock
and his was a brother from Nazim’s land

He was murdered by the police over there
Remember his name: Berkin Elvan
Violence has always been the State’s sister
whether it is sent by the ones here or by Erdogan

Did they also teach you at school
that across the Aegean is the enemy?
Their sheep-making store stinks of nationalism
whether it is Turkish or Greek

In their books they never fit
this system that chokes us
They categorized and divided us,
the slaves must be many and the masters few

If you meet Alexis,
tell him he is alive for us
Κardesimsin, this is the right word
all the way from Syntagma till Gezi

And if you happen to meet Pavlos
talk to him, he is an old friend
And if there are fascists up there too,
don’t be afraid he will protect you

With some words that we have in common,
Tonight I’m writing to you while we look into each other’s eyes
Perhaps we unite our voices
perhaps we can finally communicate